This volume presents a representative sampling of James M. Buchanan’s philosophical views as he deals with fundamental problems of moral science and moral order. As one might expect, Buchanan always goes back to fundamental principles first. From there, his observations and conclusions range far and wide from his own discipline.

The thirty essays collected in Moral Science and Moral Order are divided into these categories:

In his foreword, Hartmut Kliemt says, “The British and Scottish Moralists of the Enlightenment period would have felt very comfortable with James Buchanan. Like them, Buchanan may be seen as a ‘man of letters’ who concerns himself with fundamental problems of moral science and moral order. But, also like them, Buchanan is not a secondhand dealer in old ideas. On the contrary, taking as inspiration classical philosopher-economists (in particular, Adam Smith), Buchanan not only proposes new applications of the neoclassical economic paradigm, he also addresses, in innovative ways, fundamental issues of his discipline and beyond.”

Kliemt’s lengthy foreword highlights some of the major philosophical currents with which Buchanan is engaged in the papers collected in this volume. His introduction to these philosophies provides an excellent grounding for economists and all readers who may not be familiar with the philosophical and fundamental issues Buchanan undertakes.

James M. Buchanan (1919–2013) was an eminent economist who won the Alfred Nobel Memorial Prize in Economic Sciences in 1986 and was considered one of the greatest scholars of liberty in the twentieth century. 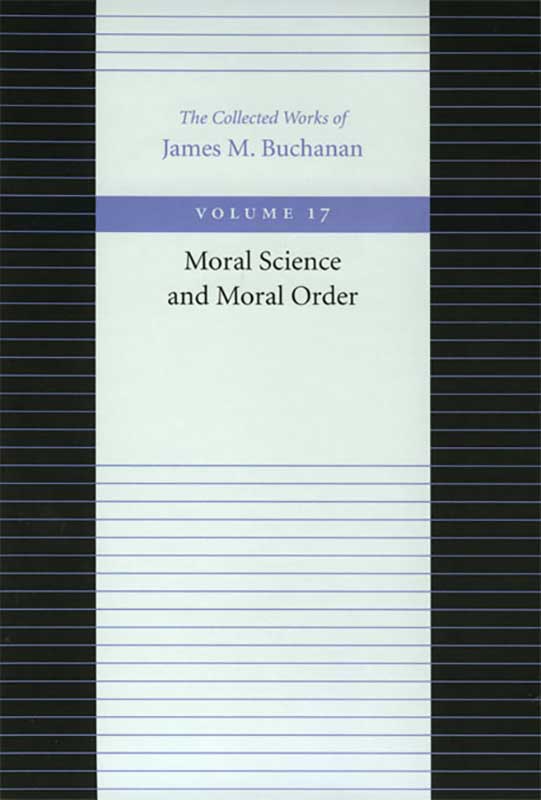